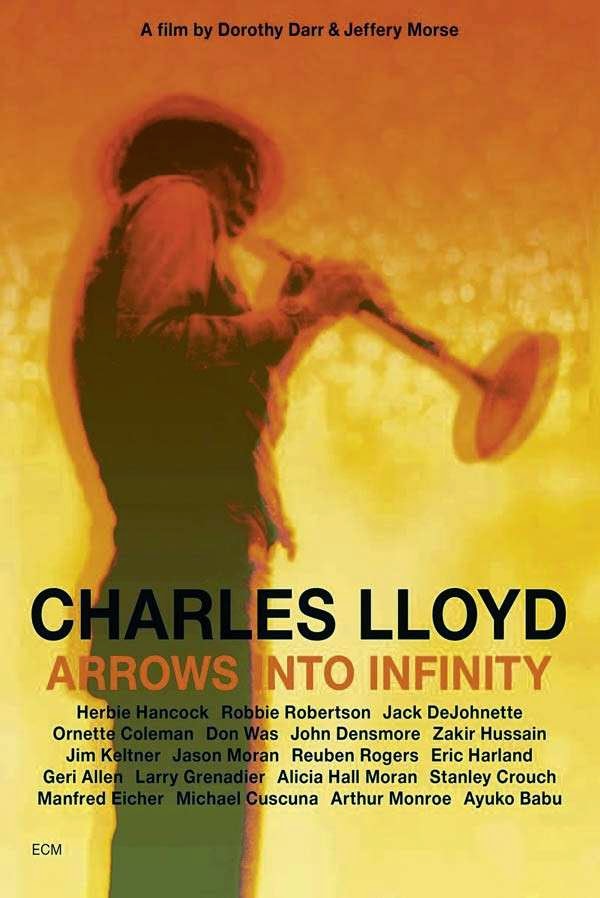 
© 2013 Forest Farm + Art and deepfield
Popis
Arrows Into Infinity chronicles the arc of an improviser’s still-unfolding life, moving through time with memories, archive footage and music, lots of music. Charles Lloyd’s story is a special one, and it intersects with important moments in jazz history. Lloyd grew up in Memphis, Tennessee, and had early contact both to masters of an increasingly sophisticated jazz tradition and the raw voices of the blues. Booker Little was a childhood friend, Phineas Newborn a mentor. In his teens Lloyd hit the road with Howlin’ Wolf. He befriended Ornette Coleman, Don Cherry and Billy Higgins in a period when blueprints for musical freedom were redrawn, and replaced Eric Dolphy in Chico Hamilton’s band, soon building a reputation as an exceptional saxophonist and a composer of strikingly original melodies. His own groups drew together some of the most exciting players of the day, and his late 60s quartet with Keith Jarrett and Jack DeJohnette made an impact at many levels, playing opposite Hendrix and Janis Joplin at the Fillmore Auditorium, touring Europe’s festivals to great acclaim, making a now-legendary foray into the Soviet Union, and selling a million copies of their Forest Flower album, a massive FM radio hit. Then Charles Lloyd retreated from the limelight, preferring to play his flute in the mountain forests of Big Sur. For almost two decades sightings of him in jazz contexts were rare. A tentative return to public service was made in the company of pianist Michel Petrucciani; the 1989 ECM recording Fish Out Of Water, with Bobo Stenson, Palle Danielsson and Jon Christensen signaled a new beginning. Since then Lloyd has led a succession of outstanding bands including the recent quartet with Jason Moran, Reuben Rogers and Eric Harland and the Sangam trio with Harland and Zakir Hussain. These musicians contribute their thoughts about Charles Lloyd’s work to this remarkable documentary – as do Herbie Hancock, Ornette Coleman, Robbie Robertson, Jack DeJohnette, Don Was, John Densmore, Jim Keltner, Geri Allen, Larry Grenadier, Alicia Hall Moran, Stanley Crouch, Manfred Eicher, Michael Cuscuna, Arthur Monroe and Ayuko Babu. Arrows Into Infinity is available in DVD and Blu-ray formats. Running time 113 minutes. Subtitles in English, German, French, Spanish, Italian.
Prihlásenie
NOVÝ ZÁKAZNÍK
Newsletter