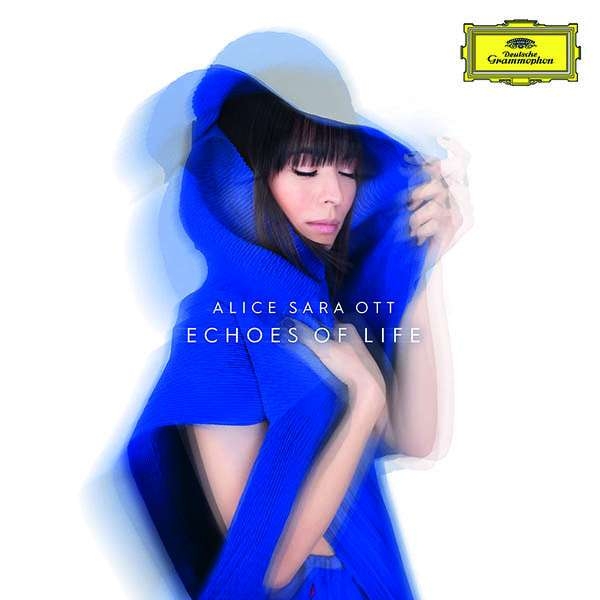 Francesco Tristano: In The Beginning Was

Litany In Memory of Michael Vyner

I. Adagio (Litany In Memory of Michael Vyner)

Alice Sara Ott: Lullaby To Eternity (on fragments of W.A. Mozart's "Lacrimosa")
Popis
For her tenth release on Deutsche Grammophon, pianist Alice Sara Ott returns to the music of Frédéric Chopin. She approaches Chopin's 24 Préludes Op. 28 from a new perspective, interweaving her personal history with the work, its dramatic arc and multifaceted moods. The pianist places the piano cycle in a contemporary context, contrasting it with seven compositions by 20th and 21st century musicians. The result is Echoes Of Life. "The Préludes are a collection of 24 pieces that could hardly be more different or extreme, yet together they form a complex body of work," Ott says. "To me, they are a reflection of our lives. Doesn't our life also consist of many preludes, of many different moments that are all connected with each other? As long as we live, one step leads to the next. Sometimes we go faster, sometimes slower, sometimes we run in circles and other times we end up at a dead end and have to turn back." The scope for interpretation is great in Chopin's music, and time and again Ott's creative voice is evident in these pieces. That they are still contemporary today and modern in themselves becomes clear precisely through the juxtaposition with the newer works. For Ott, the album's repertoire is like a correspondence to her life, embodying personal experiences and thoughts that have guided and shaped her. Francesco Tristano's In The Beginning Was, for instance - a piece written for this album - it connects to Chopin's First Prelude, which in turn is inspired by the Prelude in C Major from Bach's Well-Tempered Clavier, Part I. "It's a soundtrack that recalls the past, reflects the present and carries us with it into the future," Ott says. The repetition of the single note in Ligeti's Musica Ricercata I, on the other hand, resembles childlike rebellion for Ott, suggesting the word "no ... a limited word with limitless expressive possibilities." Rota's Valse reveals a youthful sense of freedom, "a time when I saw the world through rose-colored glasses of naiveté and fearlessness and just romanticized everything," while Gonzales' Prelude In C Sharp Major reminds the pianist of the uncertain road to adulthood. Not only does it tie in with the music at the beginning of the album, but it also closes a chapter. "Coming from the same origin, it now takes on new forms." In contrast, Chopin's stormy Prélude in F minor joins Takemitsu's Litany I, an unsettling dissonance entering the program. Takemitsu once said, "The choice to be in music has defined my identity." Ott recognizes herself in those words. Her appearance has made her different in the eyes of others all her life; it raised questions about her own place in the world: "It's not like I don't know how to identify or define myself outside of music. It's just a lot more complex, and it's taken me almost three decades to reach that point for myself." Pärt's For Alina, vulnerable and introspective, reflects on Ott's new reality after she was diagnosed with multiple sclerosis two years ago. Finally, the pianist's own Lullaby To Eternity forms from the plaintive final notes of Chopin's Prélude in D minor. It takes up fragments from the unfinished Lacrimosa of Mozart's Requiem and leaves room "for questions - without answers".
Prihlásenie
NOVÝ ZÁKAZNÍK
Newsletter