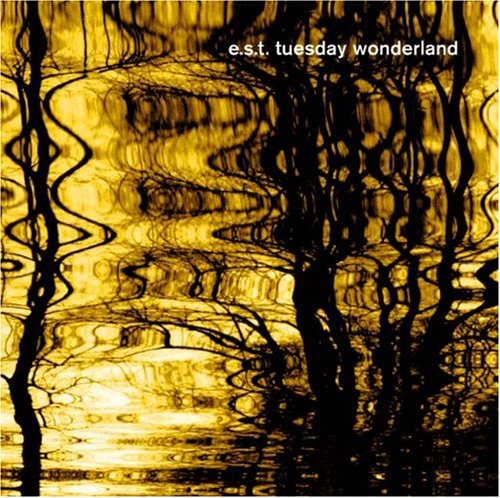 Popis
What is so special about Tuesdays ? "That´s exactly the question – Tuesdays do not really have anything special about them in the thinking of most people, but if you start appreciating the small things in life you might see Tuesdays in a different light", says Magnus Öström – creator of most titles of e.s.t. songs – and Esbjörn Svensson and Dan Berglund are nodding knowingly. "What we do – music - might not mean a lot to too many people as well, but if you let yourself fall into it, you might go on a journey and discover your own Wonderland in it – a trip that might change your life." In that interpretation "TUESDAY WONDERLAND" connects directly to "Viaticum", the 2005 release of e.s.t. – currently Europe´s leading force in jazz and the first European jazz band ever to grace a cover of the world renowned US jazz magazine Downbeat. The interpretation of "Viaticum" was that the music is the provisions that you take with you on a journey. "TUESDAY WONDERLAND" is the spiritual journey itself that opens new worlds and guides you to the Wonderland of e.s.t.'s music. e.s.t. believe in continuity. Esbjörn, Dan and Magnus formed their band 13 years ago and "TUESDAY WONDERLAND" is the tenth album on their trip to discover and dive deep into the music, and it might very well be their best so far. They also believe in parity among its members which might be another key to their success as the creativity of three individuals working together on the same goal simply exceeds the creativity of a single person dictating. From their first album on it was clear that these were extremely talented musicians, but it was from their 1999 release "From Gagarin´s Point of View" onwards, when they started to experiment with sounds and electronics, that their unique and unmistakably recognizable style evolved. But don´t get this wrong: e.s.t. is not about the sound only, this is just one of the ingredients. It is the melodies, the complexity and at the same time accessibility that makes them a stand alone. The more you listen – the more you hear, which makes it difficult to stop the turntable once one of their albums is on. Their immense influence on nowadays music scene reflects in the raving reviews by the music critics ("Trio of the Decade", "The hippest thing in jazz right now"), their huge commercial success ("Viaticum" was the best selling instrumental jazz album in Europe in 2005), their shows that attract thousands of people and it reflects even in the praises from their colleagues, starting with Pat Metheny ("Most exciting act I saw in the past 15 years") and not ending with Jamie Cullum ("My favourite band – I´m a fan"). So, get ready for the trip !
Prihlásenie
NOVÝ ZÁKAZNÍK
Newsletter