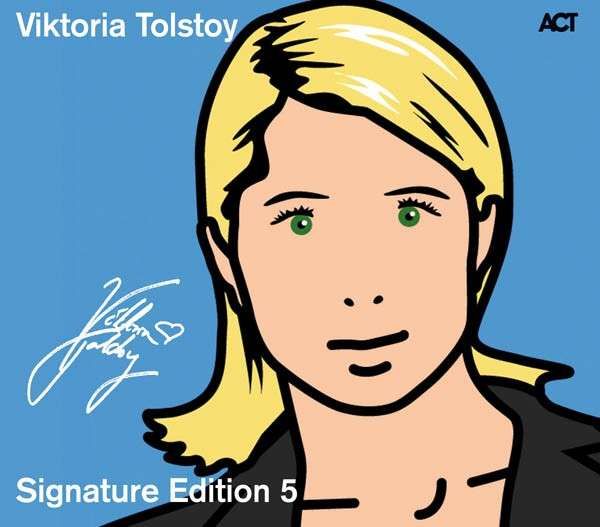 Popis
The task: To capture the lifetime achievements, and the essential essence of the best ACT-artists. The solution: ACT Signature Editions. Much more than a usual “Best Of” album, on these double CD-sets the musicians themselves picked out 24 pieces, which show the variety of their work and which they feel represent the most important, significant and personal selections from their repertoire. Remastered and given the best possible post-production. An excellent introduction for established fans as well as newcomers, who have yet to discover the musicians and their art… An artistic disposition runs in the family of Swedish singer Viktoria Tolstoy. Her great-great-grandfather was the legendary Russian novelist Leo Tolstoy, her father a renowned Swedish jazz musician who introduced his daughter into music. No wonder young Viktoria made an impact in Stockholm jazz clubs with leading Swedish musicians like Svante Thuresson and Putte Wickman. She recorded her first album in 1994, aged 20. Two years later, with the album För Älskad, she became an overnight pop sensation in Sweden. This prepared the ground for her collaboration with Esbjörn Svensson, who produced and wrote the songs for White Russian, the first Scandinavian album released by the legendary Blue Note label. Around that time Tolstoy also worked with Nils Landgren, and in 2003 she followed him and Svensson as an exclusive ACT-artist. Since then, her four ACT CDs have established Tolstoy as one of the leading voices in jazz today. Crystal clear, dynamic, untamed and vibrating, but also down-to-earth - her voice is probably the most brilliant of all Scandinavian singers. If Viktoria Tolstoy sings a song, it is not simple interpretation; she shapes and marks it in her own way and her Signature Edition proves that this is not simply a question of style, whether she is singing traditional swing like “Jim” from her first album Smile, Love And Spice or “I Hear A Rhapsody”, recorded in 1996 for Putte Wickman, or Nordic folk pieces like “Mayday” from the ACT-Album My Swedish Heart (ACT 9705-2), on which she travels through Swedish jazz. Whether she is inspired by classical music like the overwhelming “Aftermath”, based on the main theme of Tchaikovsky’s Swan Lake and taken from her latest album My Russian Soul (ACT 9721-2) (a modern kaleidoscope of popular Russian music); whether she performs pop by ABBA (“When All Is Said And Done”, a duet with Benny Andersson himself from Nils Landgren’s Funk Unit album Funky ABBA (ACT 9430-2)), Elvis Costello’s “Baby Plays Around”, or even a kind of art-rock chanson (with Svante Thuresson on “Här kommer natten”) – her voice is always recognizable after a few notes. Nevertheless Tolstoy is clearly aware how perfect the minimalistic and cool melodies of Esbjörn Svensson match her way of singing. Ten tracks composed by Svensson are the backbone of Viktoria Tolstoy’s Signature Edition, six from White Russian and four from her ACT debut Shining On You (ACT 9701-2). In addition it ends with a previously unreleased duet, a surprising and wonderfully reduced version of “My Funny Valentine”, recorded live at Umea Jazz festival in 1996. An homage to the past and a promise of milestones yet to come from a remarkable, uncompromising voice
Prihlásenie
NOVÝ ZÁKAZNÍK
Newsletter