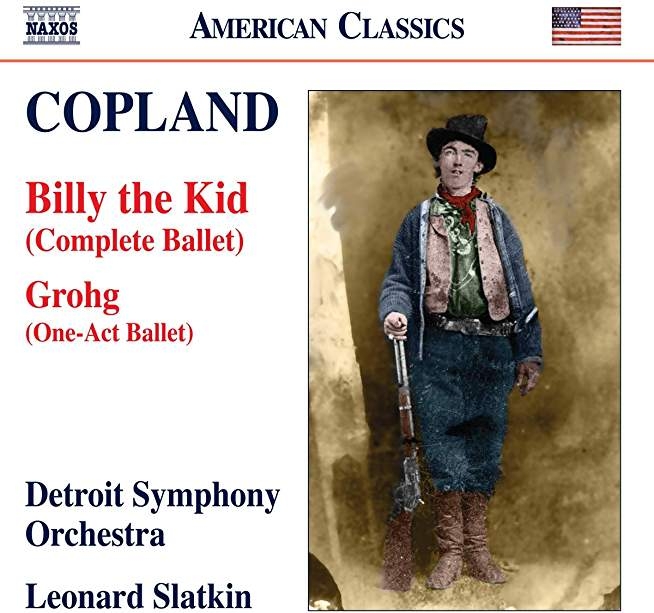 I. Introduction & Cortège - Entrance of Grohg
7:53

V. Imagines the Dead Are Mocking Him
5:00

VI. Illumination and Disappearance of Grohg
2:13

I. Introduction. The Open Prairie
3:16

Popis
Aaron Copland did as much as anyone in establishing American concert music on the world stage, and his ballet scores proved to be among his most important and influential works. Grohg is the most ambitious example of his Parisian years, a precociously brilliant one-act ballet scored for full orchestra, inspired by the silent expressionist film Nosferatu. The first example of Copland’s new ‘Americanized’ music of the 1930s was Billy the Kid, based on the life of the 19th century outlaw and heard here in its full version. This was the first fully fledged American ballet in style and content: brassy, syncopated, filmic and richly folk-flavoured.
Prihlásenie
NOVÝ ZÁKAZNÍK
Newsletter