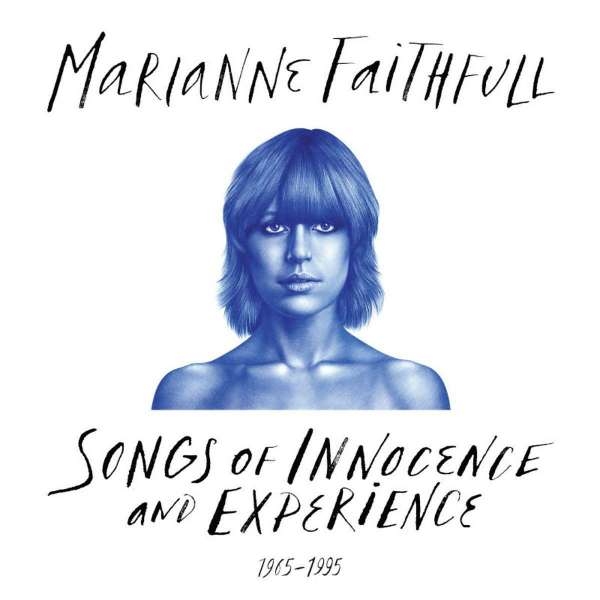 CD 1
1 Come And Stay With Me
2 What Have They Done To The Rain?
3 Once I Had A Sweetheart
4 Come My Way [version 2]
5 Go Away From My World
6 This Little Bird
7 Nuit D' été [Summer Nights French Version] *First time on CD
8 Yesterday (live on the BBC)
9 Cockleshells (live on the BBC)
10 Green Are Your Eyes
11 Sally Free And Easy
12 Sunny Goodge Street [alternate take] *Previously unreleased recording
13 The First Time (Ever I Saw Your Face) [Faithfull Forever version] *First time on CD
14 With You In Mind
15 Hang On To A Dream
16 Young Girl Blues
17 Hier Ou Demain (from the film Anna) *First time on CD
18 Is This What I Get For Loving You?
19 Don't Make Promises
20 Something Better (Original 7" version) *First time on CD
21 Sister Morphine (Original 7" version) *First time on CD
22 It's All Over Now Baby Blue
23 Chords of Fame
24 The Ballad Of Lucy Jordan [original mix]
25 What's The Hurry [original mix]

CD 2
1 Broken English [7" remix version]
2 Why D'ya Do It ? [12" version]
3 Over Here (No Time For Justice) *First time on CD
4 Intrigue [7" version] *First time on CD
5 Truth Bitter Truth [7" version] *First time on CD
6 Falling From Grace
7 Running For Our Lives [7" Version) *First time on CD
8 She's Got A Problem
9 I'm In Love Again *Previously unreleased
10 Strange Weather
11 As Tears Go By [re-recorded version]
12 A Stranger On Earth
13 The Calm Before the Storm *Previously unreleased
14 When I Find My Life (Live)
15 Brain Drain (Live) *Previously unreleased recording
16 The Boulevard Of Broken Dreams (Live) *Previously unreleased recording
17 Times Square (Live)
18 Bored by Dreams
19 The Stars Line Up
Popis
The first Marianne Faithfull compilation since 2001's "An Introduction to..." and the first to feature rare and unreleased material since 1998's Island anthology "A Perfect Stranger," it includes 4 previously unreleased recordings, including 1 completely unheard song. In addition to the unreleased material, 22 of the 29 tracks on the LP appear on vinyl for the first time or for the first time since their original release, and the 2xCD set features 9 recordings making their CD/digital debut. This compilation offers a definitive overview of the first 30 years of Marianne's recording career on the Decca and Island labels, and includes versions of all her notable singles, including the original issue of her last Decca 7" 'Something Better' / 'Sister Morphine' with alternate recordings unavailable since 1969: It serves as both a primer for the uninitiated and a rarity collection for those who are already converts. The title Songs of Innocence and Experience highlights the shift in vocal style between Marianne's orchestral folk-pop of the '60s, with her high, pure voice, and her new-wave punk-influenced comeback in the late '70s with Broken English, featuring her signature broken vocals. The front cover features a hand-drawn pencil painting by Lithuanian artist Aiste Stancikaite, commissioned exclusively for this project, and the packaging contains many rare and unseen images.
Prihlásenie
NOVÝ ZÁKAZNÍK
Newsletter