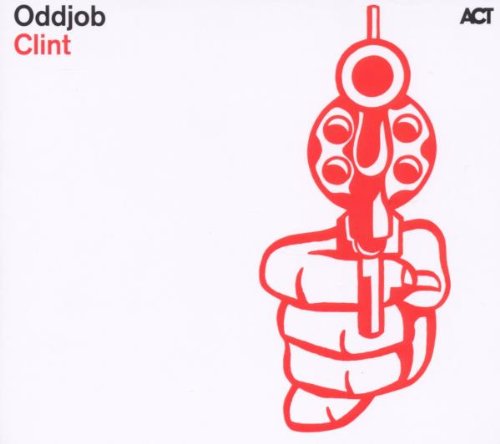 Popis
Five letters, one word - like Miles, some people don’t need a second name to identify them, and Clint simply is Clint Eastwood. As such, the Swedish jazz ensemble Oddjob sum up what their new album is about: the music of the films of this great actor, director and composer. Eastwood celebrates his eightieth birthday in the year the CD is released and Oddjob’s Clint is a respectful homage to this famous loner and man of few words. The idea for the album came from talks between the five Stockholm musicians and ACT label boss Siggi Loch. “We had released four albums of our own compositions and now we wanted to make one which had a theme. At the end of our talks we decided upon Clint Eastwood and music from his films. It is easier to rework these compositions with our typical sound than create another version of a famous jazz standard,” says trumpeter Goran Kajfes. Kajfes, born in 1970 in Stockholm, has his own experiences of film music as he has written several scores, including for the documentary The Well and the Spanish drama Hoy No Se Fia, Manana Si. Yet he was not required to compose for Clint, as Oddjob decided to solely use the musical ‘templates’ from the scores by Ennio Morricone, Lalo Schifrin, Lennie Niehaus and Ron Goodwin, as well as a piece by Eastwood himself. Oddjob mainly chose compositions from the early works of the film hero. “We looked at the music from all the different periods of his work but the ‘60s and ‘70s inspired us more than later recordings. Or, to put it another way, this music sounds the most like Oddjob!” This statement isn’t really surprising if you listen to their previous albums. Since Kajfes, Johannson, Robertson, as well as bassist Peter Forss and pianist Daniel Karlsson, got together in 2002 the band has worked on finding a contemporary expression for jazz rock - a genre which experienced its heyday in the ‘60 and ‘70s but later degenerated into purely an exhibition of virtuosity. “On Clint we wanted to capture the moods of Eastwood’s films,” says Goran Kajfes. The album begins with “The Good, The Bad & The Ugly”, the famous spaghetti western classic from Sergio Leone. Eastwood became an international star as the laconic western hero who appears out of nowhere, fights for law and order, and then disappears again - as The “Man With No Name” he created an almost mythical figure in cinematic history. Oddjob develops Ennio Morricone’s famous theme using a hammering synthesizer and a drum machine beat before trumpeter Goran Jajfes and saxophonist Per ‘Ruskträsk’ Johansson assume the main theme. Alongside director Don Seigel, in the early ‘70s Eastwood created Dirty Harry, who was to become another important figure in his film career. Harry Callahan is a policeman in San Francisco, a silent loner similar to Eastwood’s western hero. Yet the music, written mainly by Lalo Schifrin, is threatening, disturbing and matches the hectic life in a big American city. Oddjob modernises “Palancio” from Magnum Force into a contemporary urban sound, in which Janne Robertson’s feverish nervous drums are superimposed by Goran Kajfes’ trumpet. The theme from Magnum Force begins with a solo from Per ‘Ruskträsk’ Johansson on the bass clarinet, dark and abysmal and corresponding to the places where Callahan chases after criminals - dark narrow alleys and bleak backyards where evil lurks. The band uses the full range of their tonal possibilities for Clint. The select compositions on the album offer this accomplished quintet varied opportunities to musically explore moods and emotions and transfer visual templates into another art form. In a ballad such as “Theme From Pale Rider”, the loneliness of the “nameless rider” can be felt just as much as the insanity of the killer in “Scorpio’s Theme” from Dirty Harry. There is no band today that sounds like Oddjob - in jazz history they could, at most, be compared with Herbie Hancock’s Mwandishi band from the early ‘70s. Oddjob have brought the jazz sound of this period, characterised by funk and soul, back to the present day and found remarkable sonic nuances for its new interpretations. Goran Kajfes gives another important reason why Oddjob chose Eastwood for their inspiration: “There is an almost inevitable connection as Clint Eastwood is a huge jazz fan.” Clint is totally individual as an album, offering the opportunity to enjoy and examine Eastwood’s earlier cinematic works once again.
Prihlásenie
NOVÝ ZÁKAZNÍK