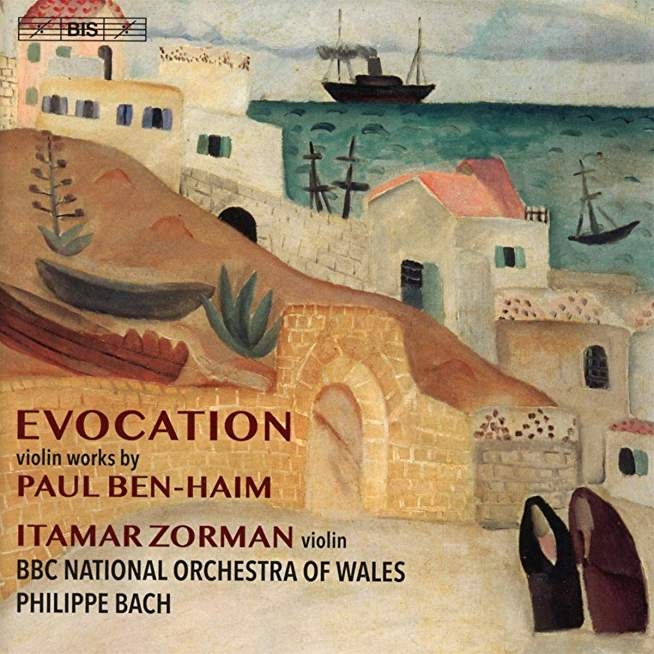 Album total 65'00
Popis
Paul Frankenburger left his native Germany in 1933 in response to the National Socialists’ rise to power. After arriving at the British Mandate of Palestine, not only did he change his name to Paul Ben-Haim, but his compositional style underwent a profound change as well. Devised by the young violinist Itamar Zorman, this album tracks how the music of the region gradually became an integral part of Ben-Haim’s compositions. Six works spanning four decades represent different stages in this process of synthesis between East and West, the transformation of Frankenburger into Ben-Haim. Zorman, a prize-winner in the 2011 Tchaikovsky Competition, is supported by the BBC National Orchestra of Wales and Philippe Bach in the opening Evocation (Yizkor) from 1942, and the Violin Concerto, as well as in the arrangement of a Toccata, originally composed for the piano. These are interspersed by Three Songs without Words and Berceuse sfaradite, one of Ben-Haim’s most popular works, in which Itamar Zorman is partnered by pianist Amy Yang.
Prihlásenie
NOVÝ ZÁKAZNÍK