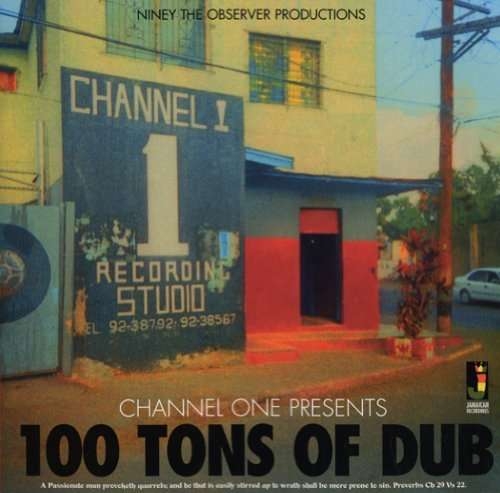 26,00 €
Formát:
LP
Dostupnosť:
na sklade / dostupné okamžite
EAN kód:
5060135760373
Autori:
Various Artists
Interpreti:
Various Artists
Vydavateľ:
JAMAICAN RECORDINGS
Zoznam skladieb
A1 Channel 1 Burning With Dub
A2 Dub Fourteen
A3 Hill And Gully Dub
A4 More Dub Pon Dub
A5 Dub Between Us
A6 Fearless Dub
A7 Dub In Highway
B1 Forceful Dub
B2 Dub Easy
B3 Dub In The Ring Palace
B4 Village Dub
B5 White Man Dub
B6 Haunting Dub
B7 Dub Over Dub
Popis
100 Tons Of Dub is a compilation of reggae tracks released as LP on 12 Mar 2021. // Reggae producer Niney The Observer and the legacy of Channel One Studio. Channel One Studio in Kingston, Jamaica, has its place in the history of reggae. From 1972 to 1980, it was the go-to place for producers, musicians and singers. The founding of the studio by the sons of the Hookim family, who made one-armed bandits as well as jukeboxes, was preceded by an intensification of gambling. Henceforth, they preferred to record records that could be used to feed the jukeboxes, among other things. The label expanded as far as New York, while the political and social situation in Jamaica was getting worse and worse towards the end of the 70s. Violence reigned in Kingston's streets at night. Producer Niney The Observer (worked with Dennis Brown, Yellowman) took advantage of some artists' worries about not making it home in one piece after late-night sessions and had them play all night. This resulted in many rhythms, some of which can be heard for the first time on "100 Tons Of Dub". A hundred tons of dub as the legacy of a legendary studio.
Prihlásenie
NOVÝ ZÁKAZNÍK
Newsletter